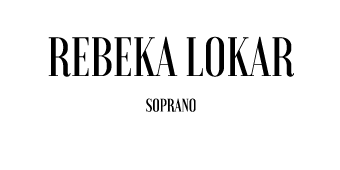 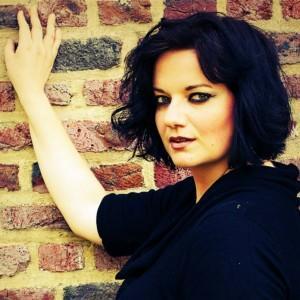 The Slovenian soprano Rebeka Lokar attended music school in her hometown of Maribor and refined her technique under the guidance of the Italian baritone Mauro Augustini. Starting her singing career as a mezzo-soprano, she received her first engagement in 2005 as Clotilde (Norma) at the Slovene National Theatre of Maribor, followed by other appearances, for example as Berta (Il barbiere di Siviglia), Mistress Benson (Lakmé), Marthe (Faust), Lola (Cavalleria rusticana) and Mercedes (Carmen).
In 2007, she received a scholarship from the Teatro Lirico Sperimentale di Spoleto and then went as Tisbe (La cenerentola) on tour to Japan and later to Umbria.
Lokar debuted in 2009 as Amneris (Aida), Fenena (Nabucco) and Maddalena (Rigoletto). In the season 2010/2011, she performed as Flora (La traviata) and as Giovanna (Rigoletto) at the Teatro la Fenice in Venice.
After her “fach” change to soprano repertoire and after numerous concerts and recitals, Rebeka Lokar made her debut as Amelia (Un ballo in maschera) at the Teatro Regio di Torino under the direction of maestro Renato Palumbo. Soon after, she debuted as Santuzza (Cavalleria rusticana) at the summer festival in Terni, Italy. Under the baton of maestro Gianluca Martinenghi, she performed the soprano part in Verdi’s Messa da Requiem at the National Opera of Maribor in March 2013. Her last and most notable engagements were demanding soprano dramatic roles, such as Minnie in Puccini’s La fanciulla del West (staged by the National Opera Maribor), Abigaille in Verdi’s Nabucco at the Teatro Antico di Taormina, and Hélène in Verdi’s I vespri siciliani at the Croatian National Theatre in Zagreb.